Is Your Workplace Making You Sick?

If you’re spending most of your time somewhere, and it’s damaging to your health, you could run into some serious problems. After years of sitting in that office for eight hours a day, all of those small health niggles can add up to something a lot more dangerous. While you might not realize it, your workplace is one of the most dangerous places that you spend time, for a lot of different reasons. Some might be better than others, especially newer ones, but they all have their problems. Here are the ways that your workplace is damaging your health. 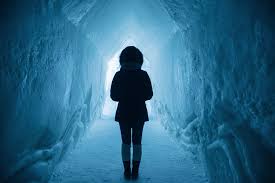 When it’s boiling outside, you’ll want the air conditioning on to keep you cool. Nobody can concentrate on working when they’re sweating buckets, but a lot of offices tend to overcompensate. Sometimes, when you step through the office doors, you’re hit with a wave of freezing cold air that makes you shiver. It’s basically like sitting outside in winter, which isn’t going to be good for your health. This usually happens because the air conditioning temperature is based on the average office worker which tends to be a middle aged man. If you are smaller than the average person, you’re going to be chilly. When you’re exposed to cold temperatures for extended periods of time, you are far more susceptible to catching a cold. If you’re freezing cold all day at work, bring an extra sweater or consider getting a small heater for your desk.

Employers these days are not as loyal to their workers as they once were, and freelance workers are being used more often. This flexibility does work for some people, but people tend to be more worried about their job security. This constant stress can have a big negative impact on your health. Stress causes mental health issues if you allow it to build up without dealing with it, and it has also been linked to heart disease. In order to alleviate some of those fears and make yourself more relaxed, make sure that you’ve always got a healthy savings account so if you do end up losing your job, you won’t be stuck in a bad situation. 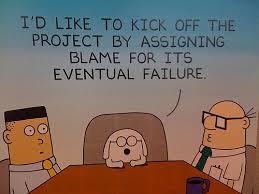 Another common cause of contention in the workplace is a difficult boss. We’ve all had them at some point so I don’t need to tell you that it can make your work life twice as stressful. Research found that people working under a demanding boss are around 35 percent more likely to develop a physical ailment as result of stress. If you are being overworked, you might end up damaging your health to keep up with it. So, even though you might think it’s just part of life, a horrible boss could really be hurting your health.

Older buildings tend to be full of materials that are bad for your health because we didn’t realize at the time that they were so bad for us. Asbestos is a common material that pops up in lots of older buildings and can cause serious health problems. If your office has asbestos in and your health has been affected, your employer could be liable to pay you some compensation. The experienced mesothelioma lawyers of Madeksho Law can tell you if you have a case and help you with the legal proceedings. If you are constantly exposed to asbestos, you could develop forms of cancer.

Lead paint is another common material that could have a significant impact on your health. A lot of the time it’s harmless, but if it starts to peel and flake off, you risk breathing it in and getting lead poisoning. 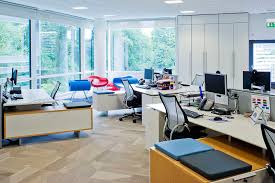 Open plan offices seem to be all the rage at the moment. There are all sorts of new age companies building open plan offices instead of the classic cubicle set up because they think it’s more conducive to creative and productive work. The truth is, they aren’t as amazing as we think. There are far more distractions in an open plan office which increase adrenaline levels and raises your blood pressure. When you’ve got high blood pressure all of the time, your risk of heart disease increases drastically. That doesn’t mean you shouldn’t work in an open office at all, but it might be worth putting some headphones in and getting a bit of solitary work done.

These workplace problems are fairly common so the likelihood is, most of us are affected by at least one of them from time to time. Unfortunately, you can’t avoid going into the office, but if you’re aware of them you can try to reduce the effects.

Tech Health To A New Level With These Gadgets

Here’s How To Get Ready For A Quick Home Sale