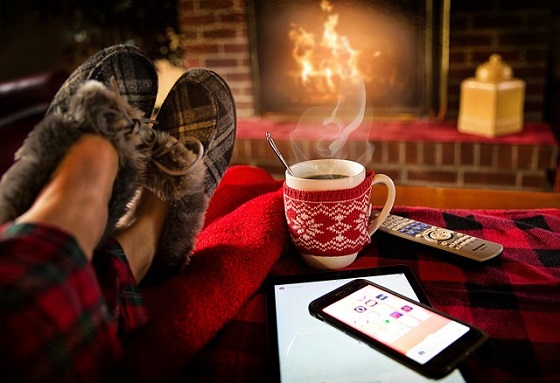 Living in a warm country is wonderful, for the most part. You enjoy the heat that so many others around the world have to travel to have access to. It’s easier when the sun is high and the weather is nice; everything in life is just that little bit smoother.

However, there are also benefits to living in a colder country – benefits that you might not be familiar with. If you ever find yourself in a position to sample living in a different part of the world, here are four reasons why choosing to relocate somewhere cooler can be a refreshing change.

1) Heat Doesn’t Stop You Doing Anything

Let’s face it, as nice as it is to live somewhere warm, sometimes the heat just becomes too much. As the mercury edges its way towards 40C in April, even the simplest of everyday tasks becomes a marathon. By moving to a cooler country, you don’t have to see putting the washing on as a task you’ll want to take a cool shower to recover from – and that’s pretty nice!

2) You Can Experience Seasons

There are four classic seasons; winter, summer, autumn – or ‘fall’ as it’s known in the USA – and spring. However, your knowledge of these seasons when you live in a hot or tropical climate is mainly theoretical. Sometimes, it can be impossible to separate February from July, which definitely isn’t the case in cooler climates where the seasons are felt more acutely. The change of seasons is not only beautiful, but it also provides neat ways of bookending the year – definitely a lifestyle it’s well worth considering sampling when you can.

3) Your House Can Be Different

Our homes are built to keep us cool, but the same is not true in the countries where heat is more of a transitory phenomenon. While moving to a cooler climate means you’ll have to get to grips with maintenance chores you’ve never tried before, such as arranging heat tape for water pipes and potentially even shoveling snow, there are plenty of upsides to counterbalance these. For example, you probably don’t know the delight of curling up in front of the fire with a mug of coffee in hand, while snow falls down outside. That’s definitely a unique experience, and one you might want to make your domestic reality should you be given the chance.

4) It’s Easier To Warm Up Than Stay Cool

This one is somewhat subjective, but it’s an idea that most of us tend to agree on. There’s no easy way of cooling yourself down without turning on an air conditioning unit. Sure, you can fan yourself with your hand, but we all know that does very little beyond making your hand tired.

Warming up, however, is far easier than staying cool. You can curl yourself into a ball, add more layers, or even hug another person to share their heat. If you’ve always lived in a warm climate where battling to keep your cool has been all you know, then the task of warming up might – at the very least – seem novel!

Do you think you would ever be tempted to move somewhere cooler?

Defining The Best Version of You – Step by Step

3 Tips for Turning Your Home into a More Positive Environment