Participating In A Salon And Hair Stylist Cooperation.

I know of a few men friends who are mostly bald on their head. Most of them are already in the sixties and they have grown accustomed to their baldness. All of them are now retired and many are now grandfathers. Many have accepted their baldness as common for aging men.

I know of a young man who started to lose his hair during the university years. By the time he graduated, he had quite a bad case of residing hairline on his forehead. The residing hairline caused him to look very matured and older than his age. He went through some very embarrassing experiences. Many times he was mistaken for an older person even in his work place and this has caused him to be very conscious of his residing hairline. 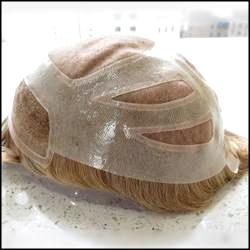 One day, he came across an article on wholesale toupee and hair systems for men. He became interested and wanted to find out whether it is suitable for his hair condition. He did some online searching and finally contacted a hairstylist. To cut the story short, one day this young man walked out of the hair salon with a new hairstyle. It was a bit awkward in the beginning with his friends, colleagues and clients noticing him for the first time with the new look. After some time, everyone got used to his new look. He began to like his new image and there was no regrets.

Being a regular client of the hair salon, the hairstylist once approached him to ask whether he will be willing to participate in a salon and hair stylist cooperation with Newhairline. After hearing what the hairstylist had said, he agreed to the win-win situation for himself, hairstylist and the wholesale supplier. From that day, he enjoys a discounted rate for every appointment and for every product that he buys from the hair salon.

Simple Strategies That Can Make Your Blog More Successful