The Long Wait: These Are The Best Fertility Boosting Foods

When you’ve been trying to get pregnant for a while, it’s only natural to have a look at your diet. There could, in all honesty, by many reasons to why conception takes a bit longer than you originally had in mind – but keeping a healthy and active life will certainly not harm anyone. 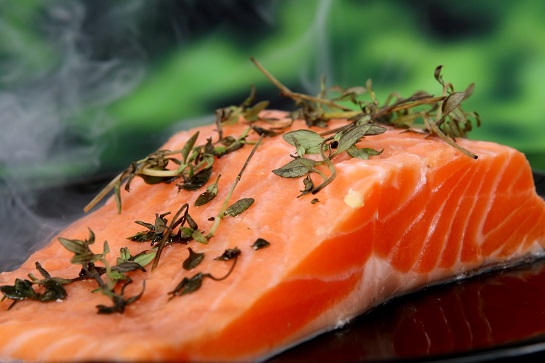 There are a lot of different foods pregnant women try to steer clear off or fill their plates with, so it makes sense to treat your body to some preparation before the pregnancy. Here is a handy list of the best foods to snack on while you’re trying to conceive, making the meantime a bit more enjoyable.

Go for protein from beans

A study performed by Harvard School of Public Health shows that infertility in women who were actively trying to get pregnant were 39 % higher if they consumed mostly animal proteins. It doesn’t mean that you should abandon all proteins right away, though, as the same study found that those who had a high intake of plant proteins were substantially less likely to experience infertility.

Meatless Mondays are here to stay, in other words, and you can safely dish up casseroles of chili and other bean-based meals to boost your fertility.

Whole milk instead of skim milk

Milk is great news for your body when you’re trying to start a family. The Nurses’ Health Study found that one or two daily servings of whole milk products, such as full cream yogurt or even ice cream, is able to protect you against infertility.

Following in the footsteps of plant protein above, the study also found that women who enjoyed a lot of skim and low-fat milk experienced the opposite effect. We want protein and dairy, in other words, we just want them to be from plants and full-fat.

Fill up on folate

Luckily, it’s not just us women who should try to stay as healthy as possible when trying to conceive. Folate, for example, is proven to improve the quality of your man’s sperm, making a potential miscarriage a lot less likely. You’ll find folate in spinach, other dark leafy greens in general, as well as asparagus and avocado, so it shouldn’t be too hard to get the right amount.

Save a few handfuls of spinach for yourself as well, by the way, as the Vitamin B dense food may be able to boost ovulation. It’s the kind of food that gets you started a bit faster, but if you have been trying to get pregnant for a while now, it’s always a good idea to have a word with your doctor. He or she can help you manage your IVF costs and figure out the best IVF plan for your needs so that you don’t have to waste precious time.

Forget about the pregnancy diet, says Harvard School of Public Health; it’s not really as much about snacking on oysters the whole day, as a proper pregnancy diet should be rich in wholesome foods such as grains and full-fat dairy. The kind of food your grandmother would serve you, in other words.

The reasons are as crystal clear as for anyone else trying to stay healthy, with complex carbs taking longer to digest than refined ones, giving you that stable and healthy blood sugar we’re always talking about.

Increased insulin levels in the body have a tendency to disrupt reproductive hormones and, according to a Dutch study, women with high blood sugar levels were only half as likely to conceive as those who prefer brown bread and rice to the white versions.

Foods that are high in monounsaturated fats, such as fatty fish and olive oil, has been hailed for their ability to decrease inflammation in the body. Although we can discuss the effects of the anti-inflammatory diet all we like, it’s quite evident that the foods it includes are healthy and perfectly good for your body when you’re trying to start a family.

Salmon is lower in mercury than other types of fish, by the way, so if you’re worried about the few downsides to eating fish, go for salmon. It’s delicious in any way.

Olive oil is a safe bet when you like to increase the amount of fat you’re consuming, so replace it with butter when cooking, sprinkle it over your salads and have a handful of olives too once in a while.

A balanced and varied diet, an active lifestyle, and getting the right amount of sleep is really all you can do to prepare your body. Anything else is out of your control, so have a word with your doctor to find the best solution if you’re worried about your health or other problems.

Completing a Long-Distance Move: How to Get Organized

3 American Cities for Those Who Love the Nightlife