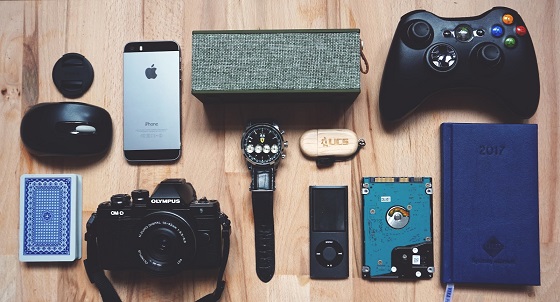 We live in a world of technology – there’s no getting around it. Everywhere you turn there is someone staring at their phone, tablet or smartwatch. And where some people might think that the amount of technology we have isn’t a good thing, but tech has seriously revolutionized the way we live our lives.

From the industrial revolution in the late 1800s we gained trains and cars, and due to the world wars, we developed extreme weapons. Where the latter isn’t a good advancement, it has still changed the way we live – without the need to speed up technology for vehicles our cars and planes could be decades behind where they are now. And we might not even have motorbikes in production. The wars also called for better communication, telegrams quickly overtook letters, and the telephone moved inside houses at a rapid pace.

The 1900s saw a boom in technology; the first mobile telephone was invented complete with a battery in a suitcase. Thanks to Thomas Edison, the light bulb quickly replaced gas and candles. Electricity became available in every country, and almost every home. Electric trains connected the world, and cars became a necessity, not a privilege. In the 1990s most adults in the western world had a mobile phone, and every home had at least one phone. Polaroid cameras came in as the stop-gap between film and digital, and walkmen’s shrank in size.

The 2000’s have been no different. We can trace the evolution of phones from our trusty Nokia to the string of iPhones people are compelled to buy. Computers are less of a staple addition to the house and more of an extra to your laptop or Mac. Game consoles occupy space in nearly 50% of homes, and they are constantly getting updated and remodeled. Technology now advances with such speed that something you buy on the launch date will be out of date less than a year later.

Think about the amount of technology you have in your house – your phone, TV – which is probably a smart TV, a game console or two, an iPad or tablet, maybe a kindle, your laptop and maybe a computer as well. And that’s a minimum and common list for your average household. There are some great pieces of technology that improve our daily lives like sunlamps that help wake you up gradually, fitness watches that help you to stay on track with your workouts, and the mere fact that the world is at our fingertips through our phones.

There are, however some amazing advancements in technology that no one could say was a waste.

Go back a century and the cure for hearing loss could see you ingesting mercury tablets or catheterizing your nose. Now there is such a wide variety of assistive listening devices it’s crazy. Not only can you get a hearing aid that is nearly invisible, you can also get one to fit babies. You can even have a cochlear implant which will allow people with severe and permanent hearing loss to hear again.

We’ve all seen the videos of people receiving their enchroma glasses and seeing the world in color for the first time. It’s completely fantastic the amount of beauty in this world that regular-sighted people see on a regular basis and take for granted. Just the simple act of a specialized lens can literally brighten up someone’s world.

Where there isn’t a cure for blindness, there are so many factors that can cause blindness that is now curable, or at least treatable, through laser eye treatments. And for the visually impaired there is a whole host of technology that is available to them to help them live an ordinary life. There’s a pen that records what you say onto little digital stickers, and you just press the pen to the sticker to play it back. They can be used on cans, recipes, clothes tags – you might be blind, but you can still pick out a gorgeous outfit.

When they made the TV show in the 70s, did they think it would ever become a reality? Because it’s nearly there. Scientists have made a bionic arm that only reacts through mind control, but can relate the sense of touch. People will be able to live their lives to the full, regardless of whether they are missing a limb or two.

Things You Are Forgetting to Consider When Creating Your Home Office