Are These Common Issues Getting You Into Financial Trouble? 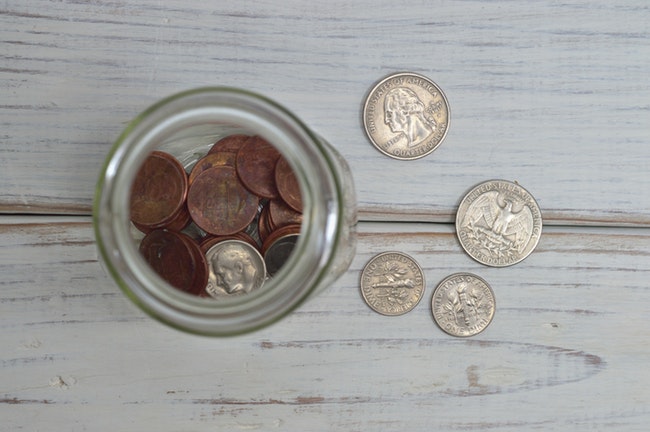 If there’s one thing that most of us can agree on it’s that the modern world can be a pretty stressful place. There’s no real shortage of reasons for this fact but the truth is that there’s one thing that brings more stress to more people than just about anything else. That thing is, unsurprisingly, money. Whether many of us like to admit it or not, the reality of the modern world is that money really does dictate a great deal of what we can or can’t do with our lives. This means that it’s a factor that most of us have to consider pretty much all the time no matter what we want to do. Of course, the truth is that there will always be certain situations that cause money to become an even bigger issue in many of our lives. A lot of these situations can even become serious problems that go well beyond the general feeling of financial anxiety that many of us experience. With that in mind, here are just some of the most common reasons why you might end up in financial trouble and how you can go about dealing with them.

When it comes to throwing your finances into disarray, one of the scariest and most common is suddenly finding yourself unemployed. After all, unemployment not only has the potential to throw your current financial situation into chaos but it also has the potential to impact your ability to earn any money in the future. One of the most important ways to deal with this is also one of the most common solutions for any financial difficulty: give yourself a safety net. If you’re suddenly without an income, having some money put away in a savings account puts you in a position where you’re no longer going to have to panic about not having enough money to pay any urgent bills. The other thing you need to do is to avoid letting unemployment knock you back too hard. It’s incredibly important that you start looking for something new as soon as you can. Moping isn’t going to do you any good. Having an up to date resume means that you can start applying for new jobs a whole lot faster than if you were starting from scratch.

Suffering any kind of accident or injury can be one of the most traumatic experiences in anyone’s life. Not only is it an incredibly scary event in and of itself but it can also have a pretty long-lasting impact on your life. After all, if you’re injured then you may not be able to work, not to mention the potential for things like medical bills to pile up. Once again, having some money put away in savings is a great way to ensure that you can get the back on your feet, financially speaking, right away. It’s also a good idea to look into whether or not you’re entitled to any kind of compensation if your injury resulted from something that wasn’t your fault.

Having a balance on your credit card

Credit is something that’s just a natural part of everyday life for most of us. The modern financial system basically relies on credit and a lot of the time it’s necessary for things like getting a mortgage or being able to finance a car. However, having a constant balance on your credit card not only means that you’ve got some debt hanging over your head but it can severely damage your credit score. The best way to deal with this is not to panic. Look at ways that you can increase the amount that you’re paying off from your credit card on a monthly basis and avoid using it at all until it’s paid off. Sure, it’s likely to be a source of stress for a time, but once it’s dealt with, that’s a serious weight off your mind and your wallet.

Far too often, people find themselves in financial danger for the simplest possible reason: they’re spending too much. Now, this doesn’t necessarily come from a lack of responsibility on their part. Often it’s something that happens accidentally. The best way to avoid it is to ensure that you don’t let those little purchases build up over time. That might sound simple but it’s something that can happen to even the most financially responsible people if they’re not careful.

Whatever the reason behind it, having to deal with any legal issues can be both incredibly stressful and seriously expensive. The best way to make sure that it doesn’t totally drain your bank account is to connect with the right professionals, whether that’s a defense attorney or a company like Bad Boys Bail Bonds. By having the right legal support you’re not only more likely to avoid serious consequences, but you can keep your finances in a much more stable position too.

One of the most common issues for a lot of people is that they feel as though they’re stuck in a position where there’s nothing that they can do about any financial difficulty that they find themselves in. However, that’s simply not the case. Remember that you’re never totally powerless. There are always places you can turn for support. From debt-based charities to the people in your life, being willing to ask for help when you’re in financial trouble, whatever the cause, is one of the most important things that you need to be able to do in the modern world. The other common issue that a lot of people run into is that they try to hide their heads in the sand and ignore any potential financial problems that they might be facing. It’s pretty obvious that this is a mistake but it’s surprisingly common due to the sheer level of anxiety that money problems can cause. Because of that, the most important thing that you can do is to make sure that you always face any financial issues head on. As scary as it can be, hiding from them is only ever going to make them worse.

Could A Pop-Up Store Boost Your Online Retail Business?