I have this idea of creating either a new blog (new domain and all) or a sub-page of this blog of mine.

What do you think? 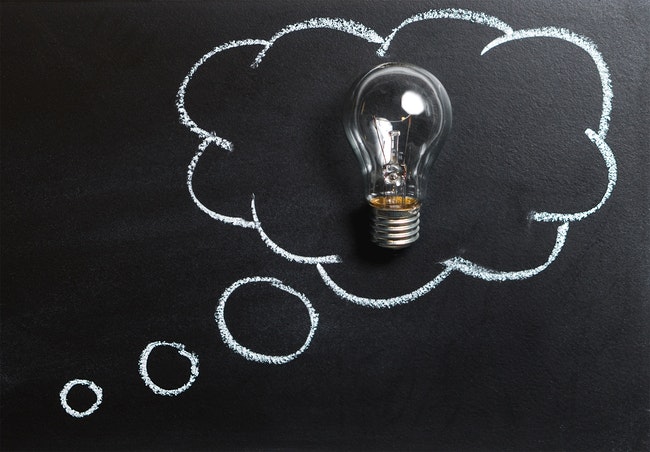 Two ideas for specific topics I have in mind:

Maybe, I’ll go for new domains. Fresh start and all.

Beyond the comfort zone. 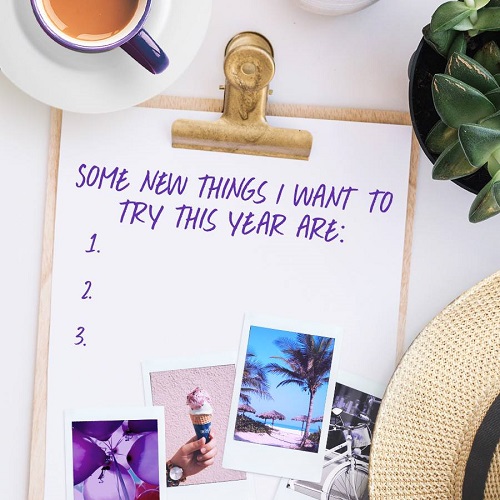 If there is one thing predictable about me, it’s the fact that I love my comfort zone. I stay in it. I normally don’t go beyond it. I am that boring, I am honest enough to admit.

But this year, I am all about self-care and going outside my comfort zone. I might just stay outside of it a few steps beyond it but for me, that’s already a bold move. This year, I will be turning 40. The big 4-0! So, I feel that this year should be about me.

Three goals that I must accomplish this year:

My three goals for this year may not be too much for others but it’s realistic for me, doable.

What are your goals for this year?

Streaming Services Vs Cable TV: Which Is Best For You?

Everyone likes to settle down and watch their favorite movies and TV shows from time to time. With Christmas just around the corner, I know plenty of you will have lots of free time on your hands. No doubt you’ve already ordered some cosy blankets and a truckload of popcorn to prepare for a winter binge of all the great movies and TV you missed out on this year. The only question on your lips is; what’s the best way to watch everything?

Well, most people have two options; subscribe to a streaming service or buy cable TV. Both of these ideas are both good in their own right, and there’s no real ‘winner’ per say. Instead, they suit different types of people. So, let’s compare the two and see which one may be best for you! 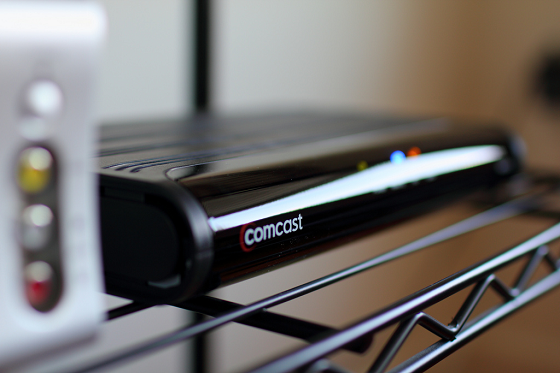 There are plenty of ups and downs with cable TV. The main positive is that you get a lot more available to you. They tend to have lots of channels packed full of movies, and you also get to see TV shows when they’re first aired. If you stream TV shows, then you’re likely going to have to wait until the series is finished before it comes to the service. The only exceptions are shows that are made for the streaming platforms. So, if you’re someone that hates spoilers and needs to stay up-to-date with the best shows, then cable tv packages are more your thing. Plus, movie channels tend to get new movies before streaming services too. A lot of them have options to buy or rent the movie as soon as it’s out on Blu-Ray, which is good for anyone that can’t wait too!

Another big plus point is that you also get a kind of streaming service in on-demand TV. Loads of providers will give you access to a library of on-demand shows that you can stream whenever you want. This means that, if you missed the season finale of a Game Of Thrones because you were working, you could stream it almost immediately after it’s aired. Similarly, you can record live TV, which means you can record entire series of movies to watch when you want, and fast forward through any commercials!

I find there are two main downsides of cable TV. The first is that they often don’t have a lot of what streaming services have. A streaming service could have a bigger catalogue of TV shows and movies, giving you more variety when you want to find something to watch. The second downside is that these packages are more expensive and often less flexible. However, you do get a lot for what you pay, so it’s really up to you whether this is an issue or not. 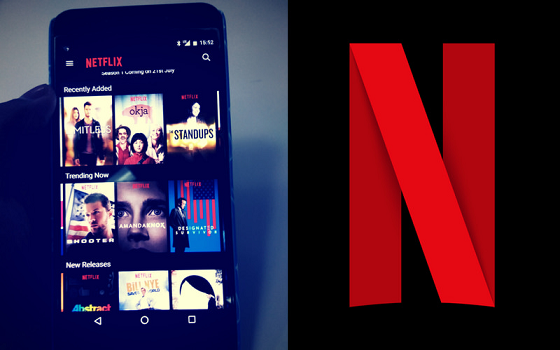 As you can already tell from the pros and cons of cable TV, there are numerous positives and negatives of streaming services. The biggest pro is that they’re very affordable. For just a few dollars a month, you can subscribe to Netflix, Hulu, etc. and have access to loads of movies and TV shows. The services are often flexible too, meaning you can cancel your contract at any time without having to pay a get-out clause of any kind. Some people will really benefit from these low costs, particularly students that don’t have a great deal of cash to spare.

You’ll also find a huge variety of shows and movies on these streaming services. They have genres to cater to every taste, and don’t just show the popular films. If you love indie films, or TV shows that go a bit under the radar, then a streaming service is where you’re most likely to find them. They keep updating their catalogues too, so there’s pretty much always going to be something for someone, somewhere. Another thing I personally enjoy is the absence of any commercials or adverts. There’s no intrusion when you watch, just choose what you want to indulge in, and stream it right away!

There are also two main downsides of streaming, but they’re also quite subjective. The first is that they don’t offer anything other than streaming. So, if you like watching live TV, then you won’t find it here – although, saying that, some streaming sites like Amazon are trying to a acquire rights to stream sports live! The second is that you really depend on a good internet connection here. If you have dodgy wifi, then you won’t be able to stream anything in good quality and end up with that horrible buffering symbol on your screen permanently.

Which Is Best For You?

So, have you decided which option is best for you? Of course, some of you are probably thinking; why can’t I have both. You can, but it might be costly for you. Some people are lucky if they’re students and their family home has cable TV paid by their parents, so they can buy a streaming service and get the best of both worlds!

In general, if you’re an avid lover of live TV and like staying up-to-date with the latest shows, then cable TV is the better option for you. If you can afford the price of a package, then it will give you everything you want and more. The great thing is, you can often build your package by choosing the channels you want to pay for, lowering the costs a bit.

But, if you have a very tight budget and don’t care about watching things live, then a subscription service is best for you. You could even be cheeky and pay for one month over Christmas then cancel your contract if you don’t have time to watch a lot of things afterwards.

As you can see, both options have a load of pros and cons that make them ideal for certain types of people. Like I said earlier, neither option is inherently ‘better’ than the other. It all depends on your needs, and I hope you’ve used this guide to figure out which one suits you best of all.

Starting Your Own Inspiration Sensation 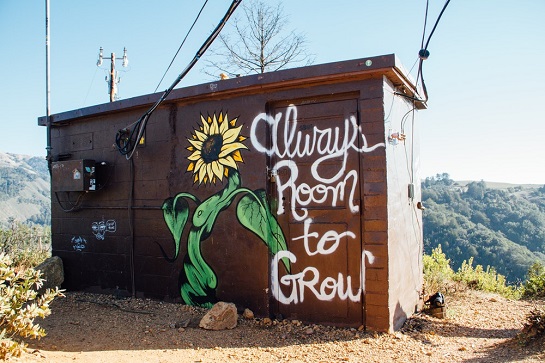 Life is a very challenging thing for most people. From the time you have to spend at work, to the little jobs life presents, there’s always loads on your plate. Of course, though, most people didn’t imagine this for their life when they were younger. Instead, you have your sights on greater things, and you just need to push yourself to get started. To help you out with this, this post is going to be exploring some of the best ways to give yourself the initial push you need.

The Internet provides people with so many things. From the ability to communicate with friends to the accessibility of information, this incredible tool has a lot of power. Social media is a great example of somewhere to find inspiration. Websites like Instagram and Pinterest make it very easy to explore other people’s ideas and the results of them. This is one of the greatest driving forces you can give yourself.

Along with social media, the Internet gives you access to loads of other user-created content. Blogs, just like this one, have loads of potential to inspire you to get started on your pursuits. If you wanted to start a business, but lack the drive to begin, reading some advice blogs could give you a good push. Of course, though, you always have to make sure the information you’re reading is coming from a good source.

Not a lot of people will start their furniture search on sites like blogs and social media, opting to use the stores themselves, instead. This sort of method makes it easy to find furniture to dream about, helping you to start a project. Or, it could help you to get the items you need to get into a hobby, driving you to something you enjoy. You don’t have to spend any money, just look around and see if there’s anything which excites you.

Using blogs and social media to see other people’s examples of inspiring work is one way to get started. In some cases, though, this sort of resource can be found much closer to home. If you think about the hardest working people you know, it’s very easy to see what they do right. By comparing yourself to them in a healthy way, you will give yourself the chance to find new ways to drive yourself.

Finally, as the last idea to help you get started, you could simply get started. There’s only one person on the planet with the power to force you to do something, and it’s you. It can be easy to sit around and wait for a good time to come to get started on your ideas and dreams. But, by simply getting to work, you can save yourself a huge amount of hassle and waiting around, and you won’t have to worry about drive anymore. You already have your motivation, so it’s time to get to work.

Hopefully, this post will give you a good idea of what can be done when you’re looking for new ways to inspire yourself. The modern world makes it a lot easier to accomplish the goals you have before you.