There aren’t too many things in life that are a sure thing, but we can say two with a reasonable degree of certainty: you’ll have to pay tax, and you won’t be able to stay young forever. There have been some people in history who have tried to slow down or halt the passing of time, but without success. Even now, there are some billionaires out there funding the research. We all want to stay young and beautiful forever! But when do you know when you’ve officially crossed the threshold, and can no longer be classified as young? We take a look at some telltale signs below. 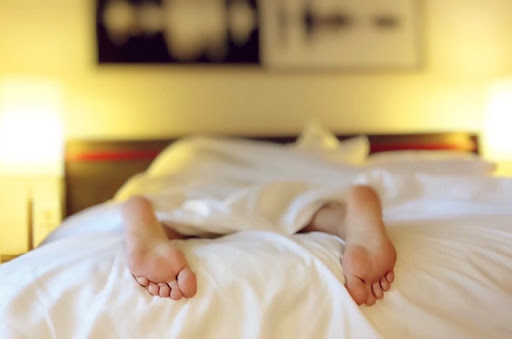 Moaning About The Youth

If you from time to time find yourself muttering the phrases “kids these days…” then there are two things you should know: you’re joining a long list of people (they’ve been saying this phrase for hundreds of years!), and you’re probably getting to the point where you’re more of a wider older man or woman (even if you’re only twenty-five…!) than you are a spring chicken. It’s worth keeping in mind that not everything the youth are doing is terrible…though some of it unquestionably is.

When we’re young, we all want to look our best, and we’re willing to make a pretty big sacrifice – our comfort – to make it happen. But there comes a time when we’re less concerned with how we look, and all we want to do is feel comfortable. If you’ve suddenly found yourself more than OK with running to the shop in whatever clothes you can find, then you’re probably in the older crowd. But hey, this isn’t all bad news – being OK with not always wearing the latest fashions is a sign of maturity.

You might be able to mask your aging by wearing young clothes, listening to hip music, and so on, but you can’t find what’s going on with your body. But while your skin may look a little older, and you may have a need for hair growth shampoo or hair dye, there are things you can do. Protect your skin from premature aging by avoiding spending too much time in the sun, having a robust moisturizing regime, and avoiding excessive alcohol. For your hair, there are always those shampoos, and using hair dye gives you an opportunity to try out a new color!

When you’re eighteen, it feels like you could go out all night, and then work all day, and then return home and do the whole thing all over again. By the time you reach your mid-twenties, those days are a thing of the past. If you’re feeling tired after a day of work and a few hours of socializing, then there’s nothing to be overly concerned with – you’re just a little bit older! If you don’t like this feeling, then don’t settle for it. Doing things like yoga, avoiding foods and drinks that make you tired, or even having a cold shower can give the energy boost you need to make it through the day.

Ah, to be a child, forever running around with your friends, playing sports, and spending hours on the playground. We were always moving! Fast forward a couple of decades, and you could say that the opposite is true. We’re sitting down more than we’re standing up! But it doesn’t have to be this way. We just have to force ourselves to sit less and move more. Find an activity you like, or cycle to work – it’ll do wonders. If an eighty-year-old can climb Everest, you can get up off the couch.

“I used to be with ‘it,’ but then they changed what ‘it’ was,” so says Abe in The Simpsons. And it’s true; when we’re young, we’re kind of intuitively plugged into all the cool bands, sayings, and everything else that makes up popular culture. When we’re older? It’s all like a foreign language. But actually, being plugged in isn’t so difficult. If you read a few of the popular online magazines, you’ll have a general feel for the zeitgeist, and hey – some of it really is very good!

The Ultimate Weapon: Your Attitude

In the end, you can’t stop growing older, but you can retain your youth – in your mind! If you have a young attitude, then you’ll always be able to stay young. Remember, some people are old at twenty-five, some people are young at sixty-five…!

7 Tips on Dealing with a Difficult Financial Situation

3 Important Reasons Why the Philippines Is a Hotspot for Freelancers