We all like to think that it will probably never happen to us, but that’s simply ignoring the statistic probability. The stats say that all drivers get into at least one collision on the road and, for the majority of people, it won’t be too major to really concern you. However, there’s no point taking chances. You need to be prepared. As such, here we’re going to look at some of the most common mistakes that people make after getting involved in a car accident and what you should do instead. 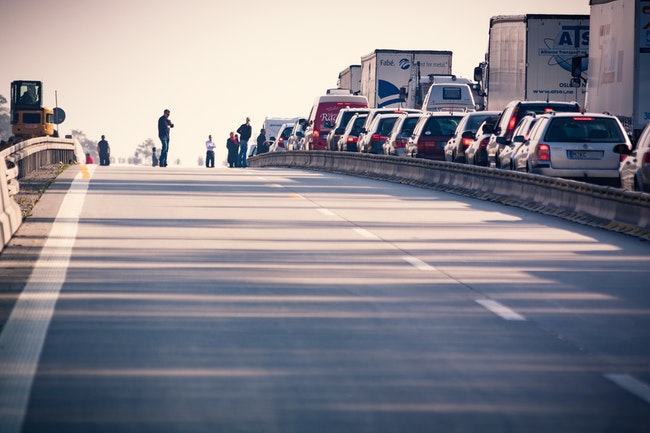 Emotions might be running high and you might be truly concerned about the safety of the individuals in the other vehicle. However, do not let that concern take over and make you say “sorry” or things like “it was my fault.” Anything you say, even in the heat of the moment, can be held against you in a claim. The other party’s insurance company will do what they can to avoid making the payout after an accident, which can include making your insurance provider payout instead. Make sure that they’re okay, but don’t put your foot in your mouth. In fact, try to keep any unnecessary discussion with the other party to a minimum just to make sure you don’t trip yourself up.

Don’t walk away from the scene

The laws differ from state to state, so you have to be sure that you’re extra careful to break any of your own state statutes. For instance, statute § 10-102 dictates that any drivers involved in an accident to stop immediately at the scene or close to the scene of the accident. Simply driving off can put you in danger of being charged with a hit and run. This can turn a simple insurance dispute into a misdemeanor or, in the event of serious damage or injury, a felony. You might want or even need to get out of there as soon as possible, but you don’t need it more than you need to avoid getting charged with a crime in the getaway.

Don’t neglect to inform those who need to know

Regardless of whether they’re going to have to pay for it, it’s important to let your insurance company know that the accident has happened. If you don’t, then that failure to inform them can be used against you later. Similarly, it is not only a bad idea to not inform the emergency services, but it may be against the law in some states. O.S. § 10-107, for instance, requires you to notify the policy, county Sherriff, or nearest State Highway Patrol as soon as possible. As mentioned, you shouldn’t leave the scene of the accident either, as you may have to be questioned. Simply put, if you get in an accident, be prepared to stay there for as long as is necessary.

As mentioned, it’s important to watch what you say. This applies not only to the other party involved in the accident, but also to their insurance company. They may get you to try to enter in an unfair settlement agreement even when they know their client is at fault. A low-ball offer may be their way of cutting their own costs in dealing with the accident. As such, it can be risky to speak to their insurance company without a lawyer advising you on how to handle the case. A lawyer can help you get the chain of events straight, as you will have to recount them to the at-fault insurance company at some point. If you misspeak or agree to something they say, they may later use it against you.

Don’t neglect to take what evidence you can

After you have made sure that everyone is safe and you have notified both the emergency services and your insurance provider and made steps to get in touch with a lawyer, your next step is then to take a closer look at the scene of the accident. Be as safe as you can, not getting too close to any risk. However, if you can take pictures of the scene, they may later help support you if you were not at fault. Similarly, if there are any witnesses that have stayed around, you should consider asking them if they would be willing to give you their contact details and make a statement about what they said. Gathering evidence to support your story can lend a lot of viability to your case.

Don’t neglect to get yourself checked out

First of all, it’s important to talk to your doctor as soon as you can because even if you feel fine, there may be injuries under the surface that have yet to make themselves clear. It’s important to be as safe as possible when it comes to a car accident. Furthermore, when it comes to making a claim, you are going to need evidence that you did, in fact, sustain an injury. If injuries later appear and you try to make a claim on them, but you didn’t get checked out after the crash, this can be used to plant doubt that your grievances are legitimate or related specifically to the accident.

As mentioned, after an accident, tensions can be running high indeed and you might be feeling anger or disbelief. If the other driver is being non-communicative and uncooperative, that might even get you more upset. However, losing your cool can lead to a lot more harm than good. For one, your first concern should be that everyone is okay and, if not, that they get whatever help they need. The other driver might be disoriented or injured so that should be your first thought. Second of all, their emotions are likely to be running high, too. If you antagonize them in any way, it leads to a more dangerous situation. Road rage can lead to violent interactions, so it’s important to maintain your cool and follow the steps detailed here above all else.

Don’t file a lawsuit without help

Anyone has the opportunity to file a lawsuit after a car accident. You don’t necessarily need the help of a lawyer to do that. However, doing it by yourself is highly discouraged. A mistake anywhere in the process, even a small one, can result in not only having the case dismissed but could also lose you a lot of money in the process. Make sure you have the help you need.

Once the accident is over and any legal issues are all dealt with, it’s important that we try to learn from the incident to prevent it from ever happening again. Even if you were at no fault, it should drill in the importance of safe driving and what risks to avoid on the road, such as drowsy or aggressive driving. Be mindful of your mental and emotional state after the accident, as well. It might take a while to manifest but a lot of people exhibit signs of stress, anxiety, and even PTSD during the recovery from a car accident. It’s important to identify when you need help and to find it.

Try to keep the above in mind and memorize it. If you do ever end up getting in an accident, then perhaps you can stop yourself from making one of the mistakes that could see you not getting the compensation you deserve or, even worse, getting the blame for it.

Is Anxiety Impacting Your Life? It’s Time to Make a Change!

Ways To Better Manage Your Business