The cost of freedom. 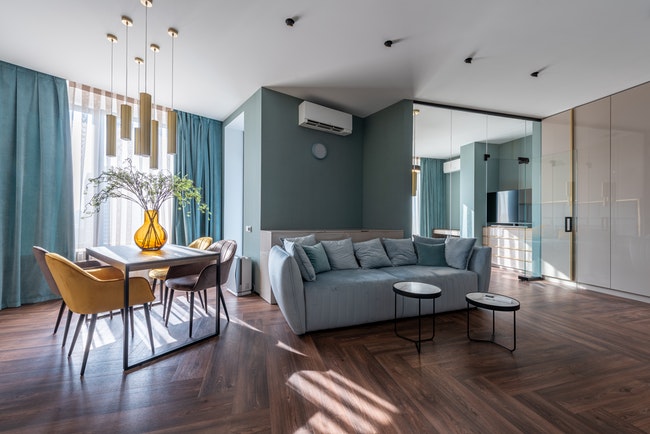 When the neighborhood where we used to live became too much for us, we decided to sell our house and move somewhere else. It was not an easy decision since we grew up in that place, it was also the place where my parents spent their childhood. But the new neighbors brought a lot of issues with them that our peace of mind kept being threatened daily. We did everything to prevent us leaving that house we loved so much but it became a priority for us to keep our sanities intact so we left.

It took us quite a while before we were able to find a buyer. We pushed back on the idea, thought of getting a custom home builder to turn our old house into a sound-proof one. Just a day or two after talking about it, we were back to finding a buyer. When we finally found one, it took us less than a month to find a rental. We moved out of our old house and moved into the rental in a week’s time.

There are a number of concerned relatives who told us to find a new permanent home because we are wasting our money in rental payments. I refused to believe that. You know what we are paying for in this rental home we have been living in for the past few years? Peace of mind. Tranquility. Security. Accessibility.

It had been years that we tolerated the noise and nightly ruckus of our previous neighbors. We had enough of those, especially now that we have two kids, nephews, with us. The rental payments are nothing since it translated to our freedom! That is the best thing that our move brought us. We were free from all those issues that made our blood boil almost daily back then. We were wasting so much money going out whenever we could. We would frequent the malls. For those of us working nine to fives, we would stay as late as we could so as to avoid going home early. We would feel guilty leaving our Dad at home, taking care of the house and the dogs. It was such a mess back then! No amount of cajoling, demands, and everything in between worked with our neighbors. In the end, we surrendered and it was the best thing that we decided on and did.

The rental home we moved into? It was an old three-storey house located in a busy street. It is by a big road. Old floor boards, big windows, a tiny kitchen, and two rooms. Not enough space but the rent is reasonable and the neighbors are peaceful and quiet like us. It is so tranquil that most of the time we feel like just lounging and doing nothing. Netflix and reading with lots of eating in between are the best in this house! We can come and go as we like. We can even have deliveries at night without the need to walk past neighbors chitchatting at their doors and looking at us like we were gluttons for eating late at night.

There really is no price for it. And rentals, it can be assets, too. Just like ours.

Eyes, Ears, Mouth & Nose: Why Your Senses Need Your Attention